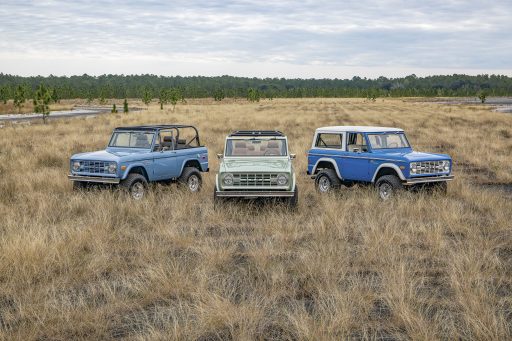 Our Pensacola, Florida-based company is owned by Brandon Segers and Stuart Wilson, two lifelong friends with diverse professional backgrounds. Brandon, a former commercial business owner, is responsible for sales, marketing and customer communications, while Stuart, a former nuclear submarine engineer, handles operations, production and quality control. They both oversee all employees and the day-to-day responsibilities at Early Ford Broncos.

Early Ford Broncos: Where it All Began

In 2006, Brandon and Stuart built a Bronco together in the back of Brandon’s dad’s auto shop, a shop that would fit into one single bay of their current 22,000-square-foot workspace.

Two of the Biggest Early Ford Broncos Buffs in the Business

It’s said that once you have 10,000 hours of experience doing anything, you can call yourself an expert. If that’s the case, then Brandon and Stuart are beyond experts in Early Ford Broncos. With more than a decade of experience and countless hours in the shop, they’re gurus. It’s a lifelong passion, not just a hobby or a job. And the commitment to their trade shines through in every vehicle they set their hands on.

Today, they are well-known among Bronco enthusiasts as two of the biggest Bronco buffs in the industry.

Every Bronco we build is a rolling work of art that provides our customers with years of reliable service and turns heads everywhere they go.